Become an URBAN volunteer! URBAN will monitor water quality and use biological indicators to represent water quality in streams and wetlands of the Hamilton region. Continuous water quality monitoring is essential in detecting potential threats to one of the world’s greatest fresh water resources, the Laurentian Great Lakes.

Besides the obvious benefit of empowering environmental stewardship in participants, we also provide important data that are no longer being monitored by governments. We hope that URBAN’s Community & Science initiatives will motivate people living in the Great Lakes region to become citizen scientists and to engage in long-term monitoring of local aquatic ecosystems. 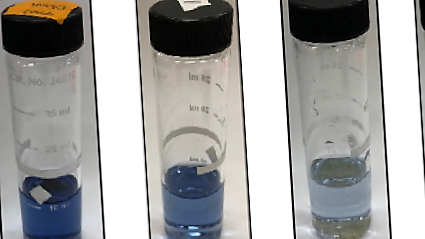 One of the most common methods to determine algal growth is to measure orthophosphate in water by letting it react with chemicals containing molybdate. The method is said to measure Soluble Reactive Phosphorus (SRP), since the phosphate is soluble and reactive to molybdenum. 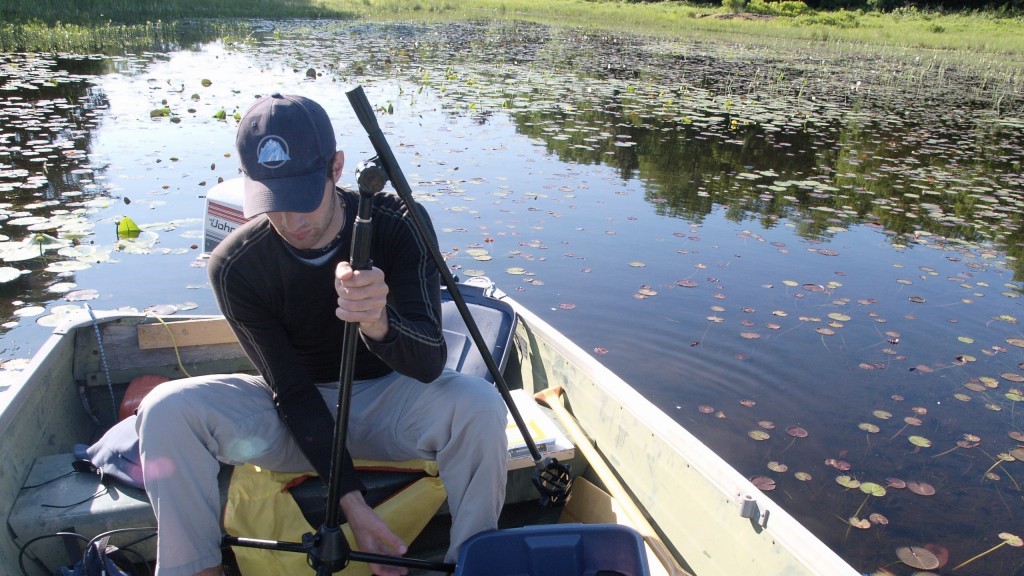 In 2006, Chow-Fraser developed the Water Quality Index (WQI) to assess the level of human disturbance in Great Lakes wetlands based on a suite of 12 water-quality parameters. The WQI allowed us to rank over 150 wetlands throughout the Great Lakes according to the degree of water-quality impairment. 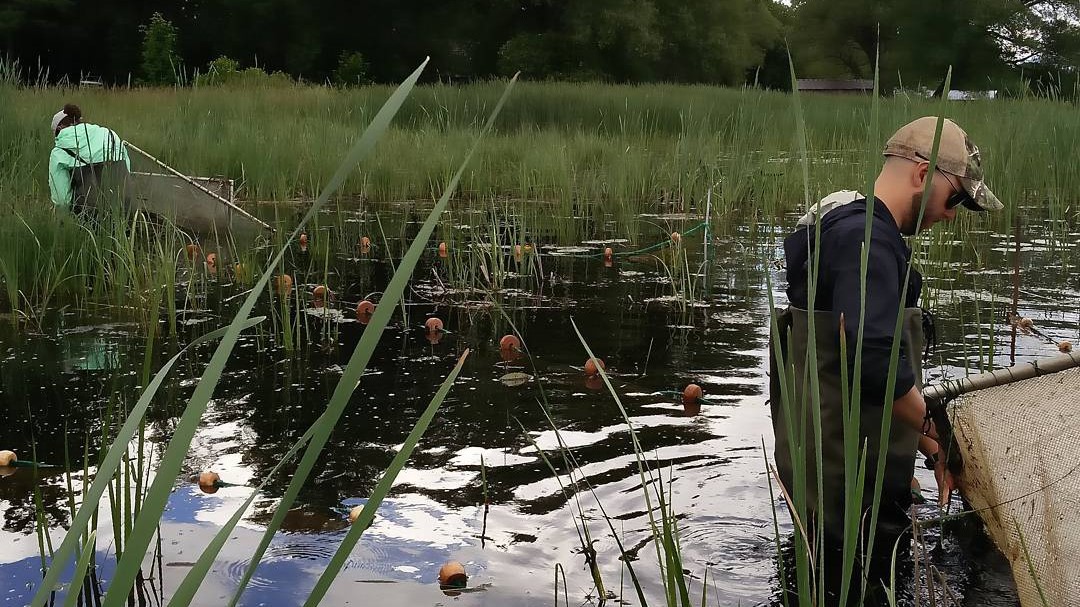 The Wetland Macrophyte Index (WMI) links the presence of certain groups of plants to the degree of human disturbance. WMI scores can be used to determine if water-quality conditions have changed significantly through time. Managers can also monitor a number of wetlands at one time and compare their quality across the basin. 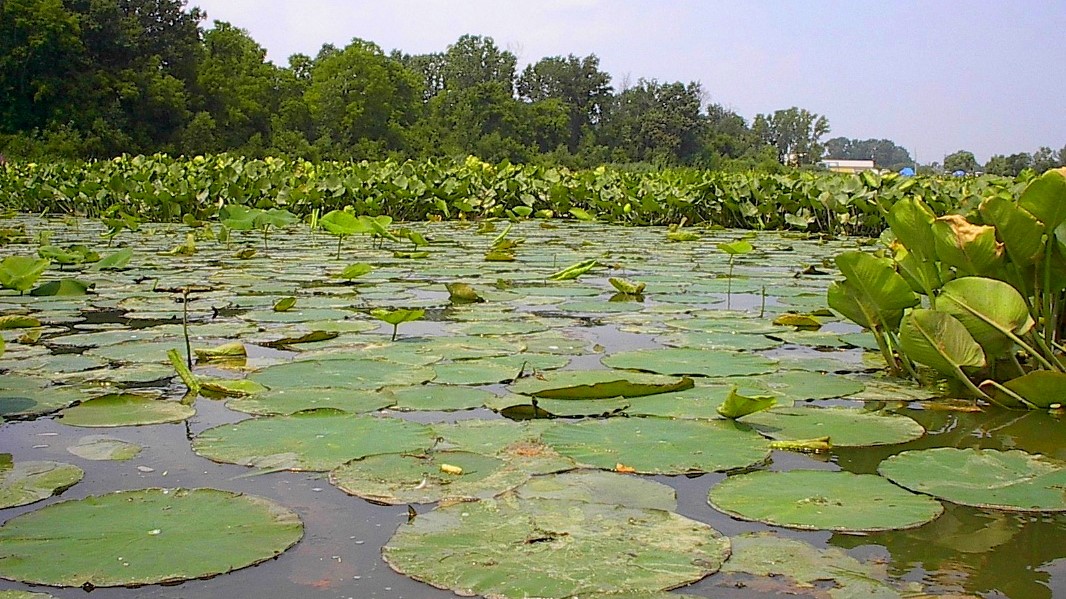 The Volunteer Aquatic Plant Survey (VAPS) protocol was developed so that citizens could participate in long-term monitoring. In a pilot study, no statistically significant differences were found when comparing WMI scores generated by experts with those generated by volunteers from Georgian Bay using the VAPS protocol. 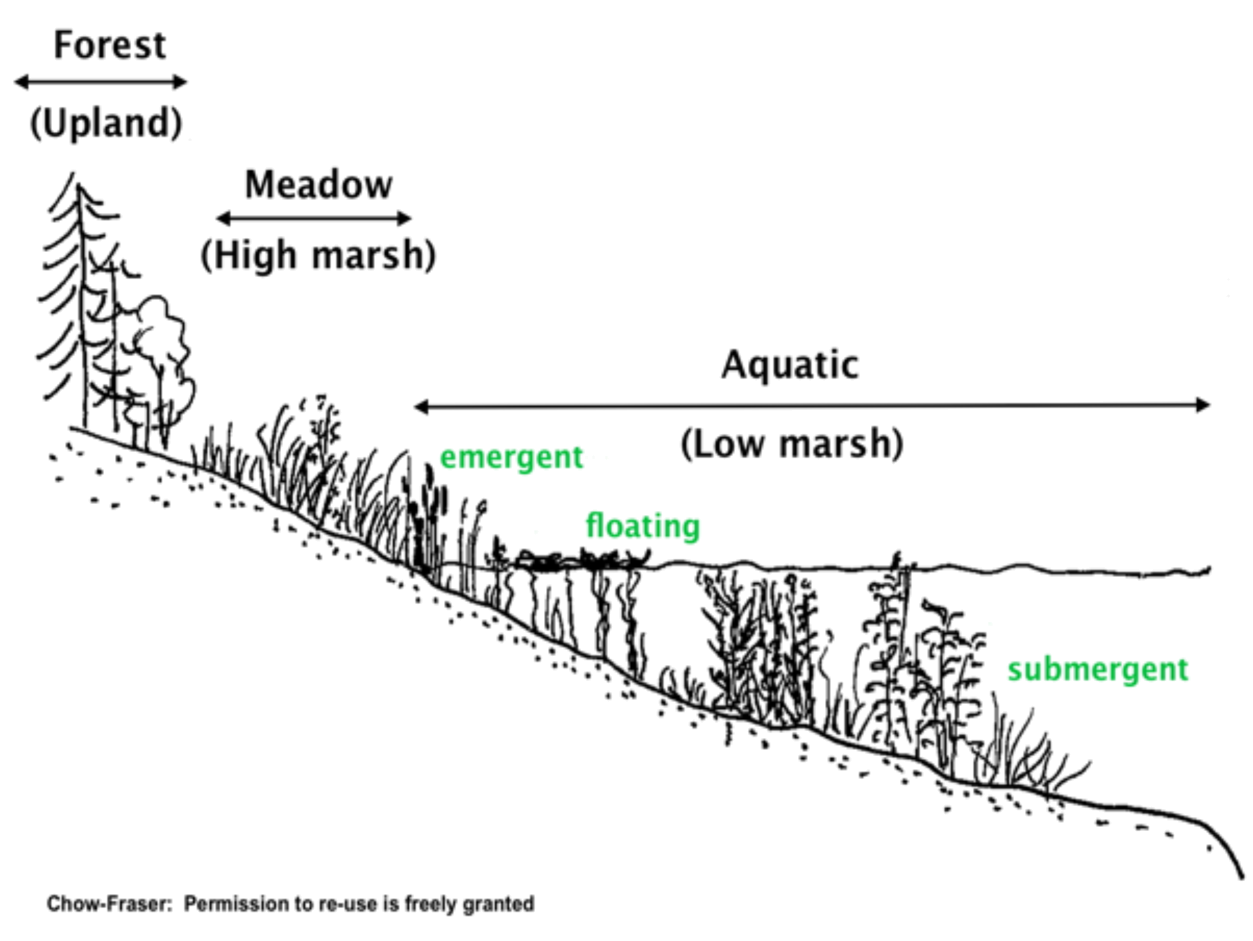 Coastal marshes occur at the interface between land and water and support high biodiversity since they contain both aquatic and terrestrial habitats and species. A large number of birds, turtles, snakes, frogs, fish, insects, and mammals use coastal wetlands at some point in their life cycle. Marshes are home to several vegetation types, some of which can only tolerate a short period of flooding, whereas others can tolerate no dessication. Since these wetlands form in shallow, protected embayments, they are also vulnerable to the destructive activities of people, who have built homes and harbours near these protected environments on the shores of the Great Lakes. In fact, less than 75% of southern Ontario wetlands have been lost since colonial settlement, and majority of the remaining wetlands have been severely altered or impacted by human development.

Coastal wetlands consist of three main habitats: the aquatic portion (low marsh), which is largely flooded throughout the year, the meadow portion (high marsh), which extends from the edge of the aquatic environment to the tree line, and the upstream portion, which comprises forested wetlands that are located above the high-water mark; these upstream wetlands are hydrologically disconnected from the lake but may contribute flow into the wetland periodically.

The aquatic and meadow portions alternate their dominance according to the natural 7 to 10 y cycles of water-level fluctuations in the Great Lakes: when water levels are low, submersed aquatic vegetation (SAV) dominate, and when water levels are high, emergent and meadow vegetation dominate. Without this inter-annual variation, either the aquatic or the terrestrial zone would dominate at the expense of the other. This happened recently in eastern Georgian Bay, between 1999 and 2013, when there was a period of unprecedented sustained near record-low water levels. During this period, the emergent and meadow marsh expanded into aquatic habitat, while trees began growing in meadow marsh. By contrast, the aquatic zone became compressed and floating vegetation as well as submersed aquatic vegetation (e.g. pondweed) became very dense because in many cases, the lower boundary of coastal marshes cannot shift lakeward because of their geomorphology.